Ladies and Gentlemen,
Welcome to Hubei. My name is**, I am from hubei hailian travel service. I will be your local guide during your stay in Hubei. This is our driver, Mr Wang. His bus number is FH123**.On behalf of my travel agency, we hope you have a nice journey here. If you have any special interest, please tell your tour leader, and he will let us know. (What do you need to be put to me, I will solve all.Today, we began to Golden Summit Mountain trip, right?)My job is to smooth your way, care for your welfare, try my best to answer your question, and be your guide and interpreter. I will try to do my level best to “warm the cockles of your heart”. We highly appreciate your understanding and cooperation.

Today we’ll visit the famous sacred place of Taoism-----Wudang Mountain. Now I would like to outline the general situation of this mountain. It is not only one of the first batch national level scenic spots of China but also the heritage of the world.
Wudang Mountain, also known as Taihe Mountain, is located in Danjiangkou City, northwest of Hubei Province. In the late period of the Easten Han Dynasty, Taoism was born and Wudang Mountain was respected as the immortal mountain of Taoism .
Besides the refined and elegant natural sceneries , the ancient architectures are grand and magnificent . The ancient complex of Mt. Wudang, inherited down since the Ming dynasty, is revered for its typical royal style, as proved by the saying of “ constructing the Forbidden City in the north and redecorating Wudang in the south”. In 1994, the ancient architectural complex of Mt. Wudang was listed in the Catalogue of the World Cultural Heritage. The complex consists of palaces and temples forming the nucleus of secular and religious building exemplifying the architectures in Wudang Mountain can date back into the Tang Dynasty, and was expanded in later dynasties, and reached its climax in the Ming Dynasty. The whole complex adopted royal architecture style, utilizing fully the natures, showing exotic layout.

Now we’ve reached our destination---Wudang Mountain. let’s get on the traveling bus. A few minutes later, we will reach our first station----the needle-rubbing well.
The buildings of the Needle-rubbing Well were located at a high point. According to Wudang Taoism, it was this exact point that receives the first beam of pure positive sunshine when the sun rises every day, so it is also called Pure Sunshine Palace.
Now we are in the Taizipo zone. The building in front of us is the Needle-rubbing Well. Let’s get off the bus. The Needle-rubbing Well is a typically exquisite building in Wudang Mountain, whose overall arrangement is supremely ordered and beautiful, and tells about the story of Zhenwu's cultivation.
It is said that Zhenwu, Crown Price of Jingle Country, went to Wudang Mountain to cultivate himself at the age of 15.After self-cultivation in the deep forest for several decades but achieved nothing, he was totally depressed and decided to revert to the secular world; however when he came here and met the God of Ziqi, in the form of an old woman, rubbing a ferrous pestle to get a needle, which made him realize that "Perseverance will prevail" so he came back to the deep forest to continue his self-cultivation and finally he became a god.
Entering the gate, you will see a group of smart and exquisite buildings, without symmetrical arrangement, but with a unique style and layout, which allow you to easily distinguish the primary and secondary ones.
Let’s get on the bus and go to our next station----Purple Cloud Palce. Before my description of this scenic spot, you can draw a picture of the palace in your mind with imagination. On the way we can enjoy   sweet-scented osmanthus’s fragrance in autumn.
The nucleus construction of Purple Cloud Palace, The Grand Hall is the only left double-eaved, lean-to-hill, wooden building. As one of the quite rare building of uplift wooden crossbeam construction in the history of the Taoist architecture, the Grand Hall is scientific and rational in structure and overall arrangement, harmonious and coherent in artistic style, united with surroundings as a whole, and unique in taste and features among the buildins in Wudang Mountain. Meanwhile, the Grand Hall, having absorbed the techniques of various times' artisans, demonstrated great achievements of architectures in Ming and Qing Dynasties, therefore, worthy of visiting and researching.

The palace is in front of us. Compared with your imagination, what do you think of the palace? Dazing and full of praise from travelers the inner part of the Grand Hall is. Let’s enter the hall. Carefully painted and well carved, the Hall is magnificent in vigour , crafty on idea, smooth and natural with sculpting, unsophisticated and gracious by decoration, solemn and exquisite over displaying. In the hall, five shrines are set there. Around the tabernacles hundreds of rare antiques are ablated. Most of the precious antiques, dynamic, vivid, and wonderful to see, were the images of Gods by clay sculpture and wares for worshipping during the Yuan, Ming, Qing Dynasties.
In the middle of the Shrine is ablated the image of Zhenwu. With a height of 4.8meters, the image is the biggest clay sculpture. Another divine image made by paper and covered with pseudo golden leaves is the best preserved and most ancient paper image which comprehensively displays the marrow on craftwork of paper pasting, sculpting, gilding, colored drawing, antisepticising, and has great value in researching ancient paper pasting.
The fastigium of the Grand Hall consists of six flying colored glaze dragons. An Aquarius is surrounded by the dragons that are painted in three different colors. Due to the heaviness and highness, the Aquarius has to be drawn by four iron chains. Each end of the chain is attached to the hand of a divine kid, it is said that the four kids of deity has stuck to their positions in order to keep the Aquarius steady no matter it is chilly, scorching, rainy, windy or thundering. Because their spacial positions are even higher than the superior God, the four kids are also called Super Gods. While the plain people address them wretched kiddies.
After the rebuilding in 1412 A.D., the Grand Hall had been repaired about ten times in different times. Therefore, it can maintain its basic features. In 1994, the experts on world relics from UN inspected Wudang Mountain and said, "Here, we witness the sample of traditional remedial means to the ancient buildings".
We are leaving for the Golden Summit,which is regarded as the symbol of the Wudang mountain .We will go there by tram rail. Now we have got to the station.Let’s get of the bus and get on the tram rail.On the way to Golden Peak by tram rail, we are now traveling among the peaks, and then we are floating in the clouds, just like gods. We have reached the main peak .Its altitude is 1612 meters . The Golden Palace is located here.Standing in front of the Golden Palace, you can have a panoramic view of the beautiful scene of Wudang Mountain, as far as 400 kilometers. All the peaks are stopping at the static moment, just like raged waves, which wonderfully advertises the majority prestige and lofty imperial power.

The Golden Palace, with a height of5.45 meters and flying eaves decorated by dragon, phoenix, sea horse, and immortals, is the highest one in the ancient Chinese construction grade. Bronze constructed, the Golden Palace was gilded by gold outside. All the parts were so perfect matched that there is without any crevice. Enduring about 600 years’ wind and rain, thunder and lightening, cold winter and hot summer, the Golden Palace is still shining as if it was newly built up. Hence, the Golden Palace, national treasure, not only presents the wonderful Chinese ancient architecture skills, but also reveals the wisdom of Chinese people and ancient scientific level.
The Golden Palace is the integration of intelligence and creativity, and also the display of art and beauty. The inside walls of the Golden Palace were lightly carved with soft floating clouds lines. Purple mantel, clean and smooth, reflects a gentle and harmonious color. The statues of Emperor Zhenwu, Gold Boy and Jade Girl, and the Generals of Water and Fire are being worshipped inside of the Gold Palace, with delicate portray and distinct personality.
Golden Clock Pavilion and Jade Drum Pavilion are in front of the Golden Palace. On the two sides of the palace, there are lot house and stamp house for pilgrims to draw lots and stamp the holy mark. Behind those houses is Parent’s Palace, which is the holy place for pilgrims showing respect to Zhenwu’s parents.
We will get back to the station by tram rail. You have enjoyed the view of the peaks again. Now let’s get on the bus.
We have appreciate the scenery as well as its culture.It is not only a mountain but also a heritage full of our ancestors’ wisdom.

Golden Summit (金顶)is located in Wudang Mountain-day peak of the main peak, 1612 meters high. The Mirage Copper used gold-filled, it does not have a nail, it's a very good combination. The Mirage is the place where Chen-Wu. everyone can take a look at their own 20 minutes after collection.

Your current visit to China is drawing to a close. I would like to say a few words before you leave this country, though I am not a speech-maker. Time have elapsed so quickly and you have visited several scenic spots in this city. The time we stayed together was rather short and really the surface was only scratched. What the Chinese people call “looking at the flowers on the horse’s back.” Every one in the group has been very cooperative, friendly, understanding and punctual. That is what I witnessed and experienced, and as a national guide, it was much appreciated.
Parting is such sweet sorrow. Happy to meet, sorry to depart, and happy to meet again. Wish you have a nice journey home. Goodbye. 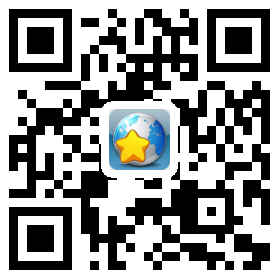